Courage – I stand with CEU 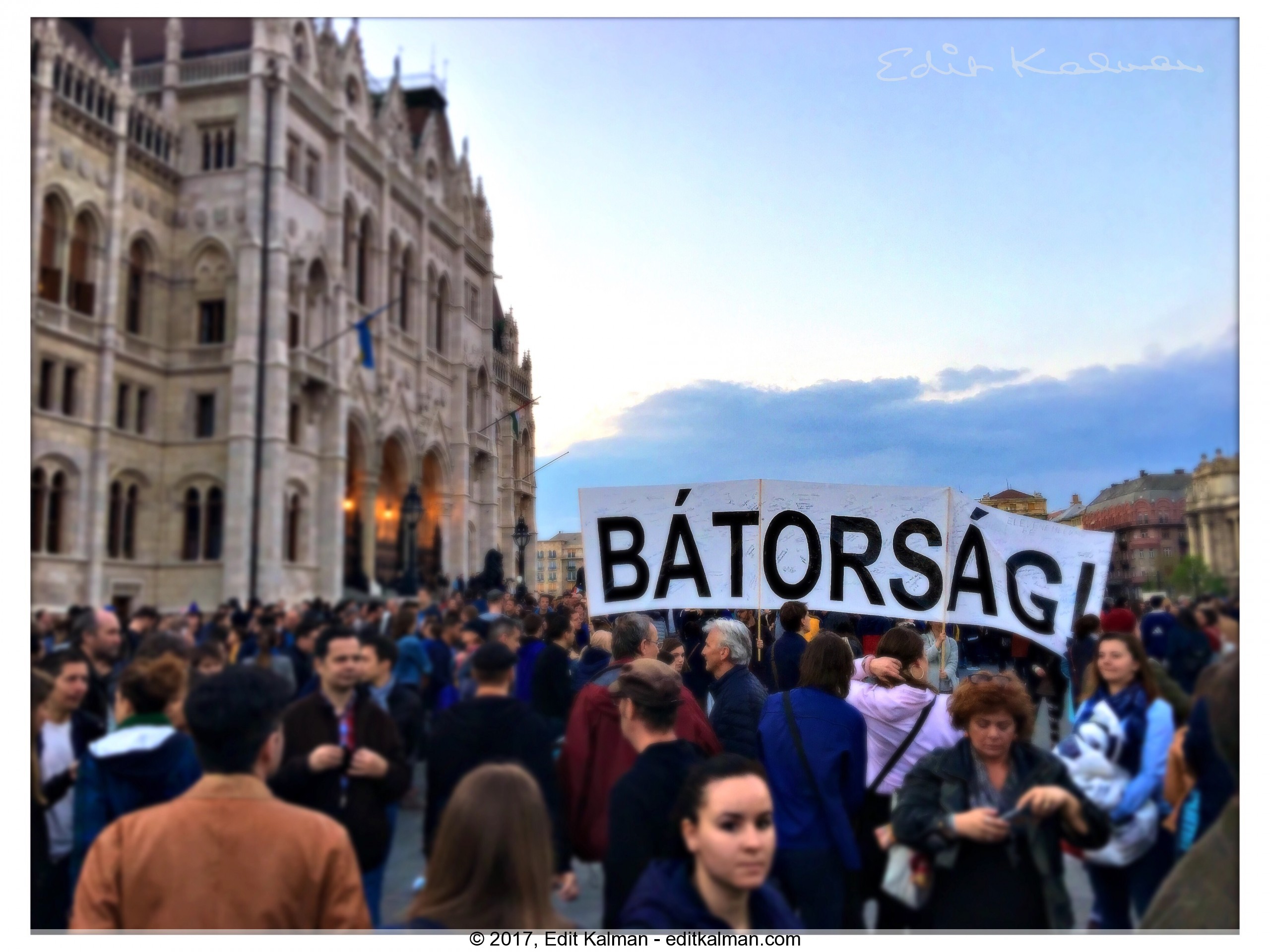 In the crowd of some 80,000 people in front of the Parliament an elderly man is standing looking around. He is eagerly waiting for his grandson to join him at the demonstration against the new higher education law that would stop the function of Central European University impossible in Hungary.

“You know I was also a university student in 1956 during the revolution and I was in custody at the time.”

His eyes are shining with courage – bátorság – as he tells me his story.