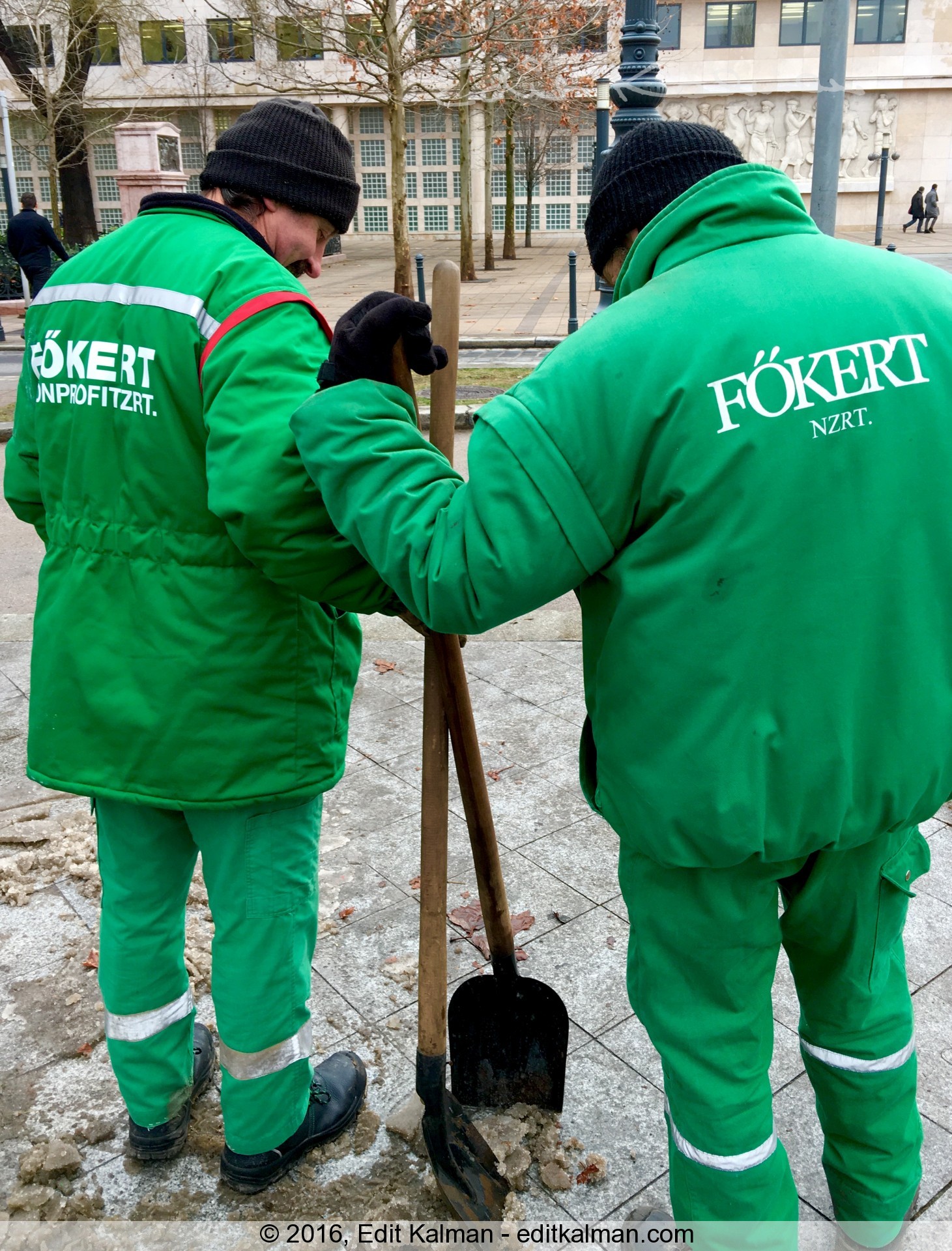 I met these two guys today on my stroll. They were curious why I was taking closeup picture of the bark of the trees. I often wonder if people might see me thinking I’m a bit crazy but it’s okay smile.

These two men were working in the park, cleaning up the remaining ice on the paths when they saw me. I heard them whispering to each other so I looked up.

“Why are you taking such close photos of the trees?” one of them asked.

“Look,” I said, “how beautiful the patterns are on the bark of the trees, especially after the rain when the colors are a lot stronger and contrasted.”

They were fascinated by the bark photos I showed them. I wanted to take a picture of them too but they said they are not allowed as they are working for the city park company so I got them pose with their shovels instead. They giggled so much by my request I think they were just too shy.

« My wonderful city
The part we choose »