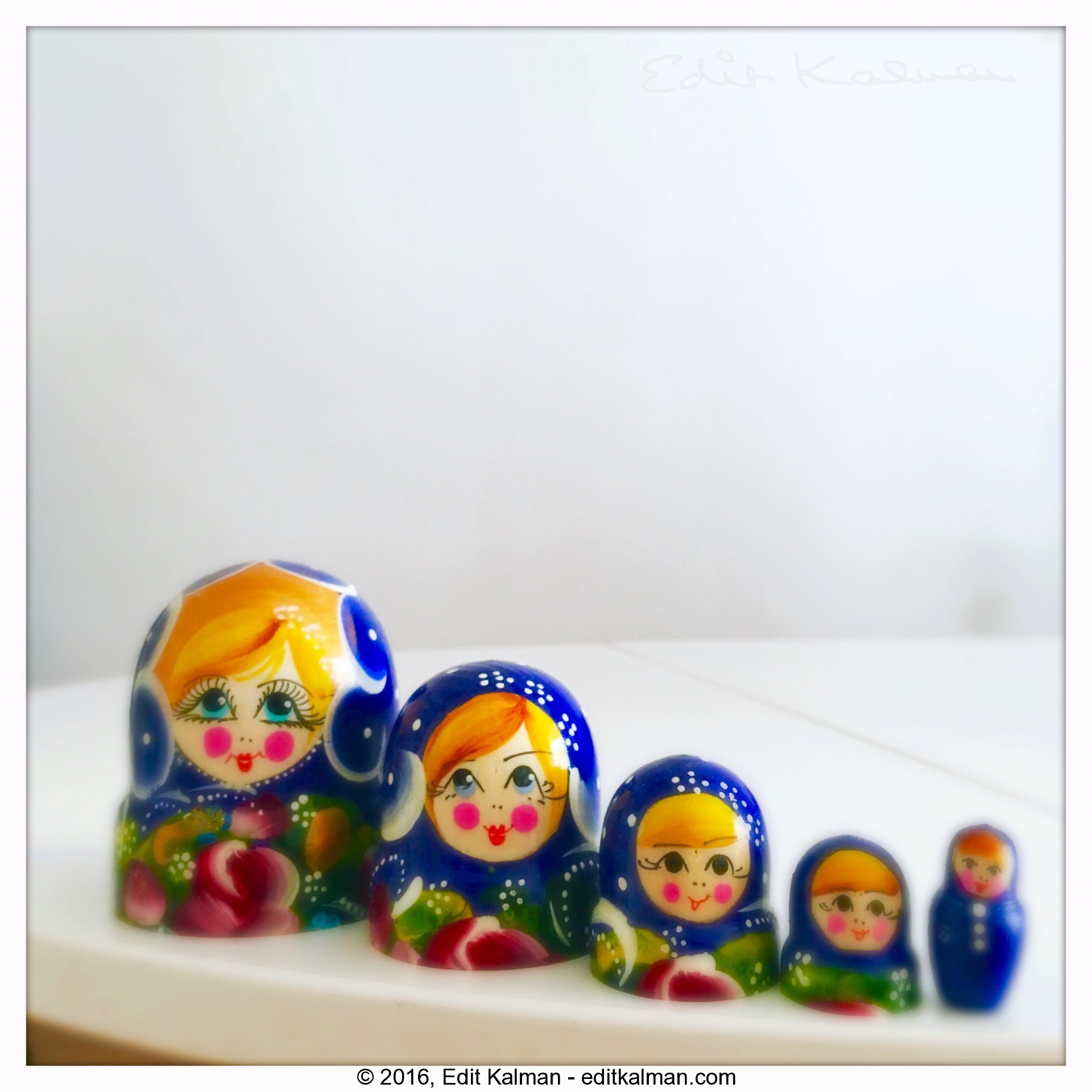 If you grew up in the Soviet bloc, “matryoshkas” were part of your upbringing. Every girl had a set at home.But I didn’t know that these typical, traditional Russian dolls were originally inspired by a Japanese wooden doll. The first matryoshka set was carved in 1890 and was subsequently presented at the Exposition Universelle in Paris in 1900 where it earned a bronze medal. And there the fame of the Russian matryoshkas began 🙂